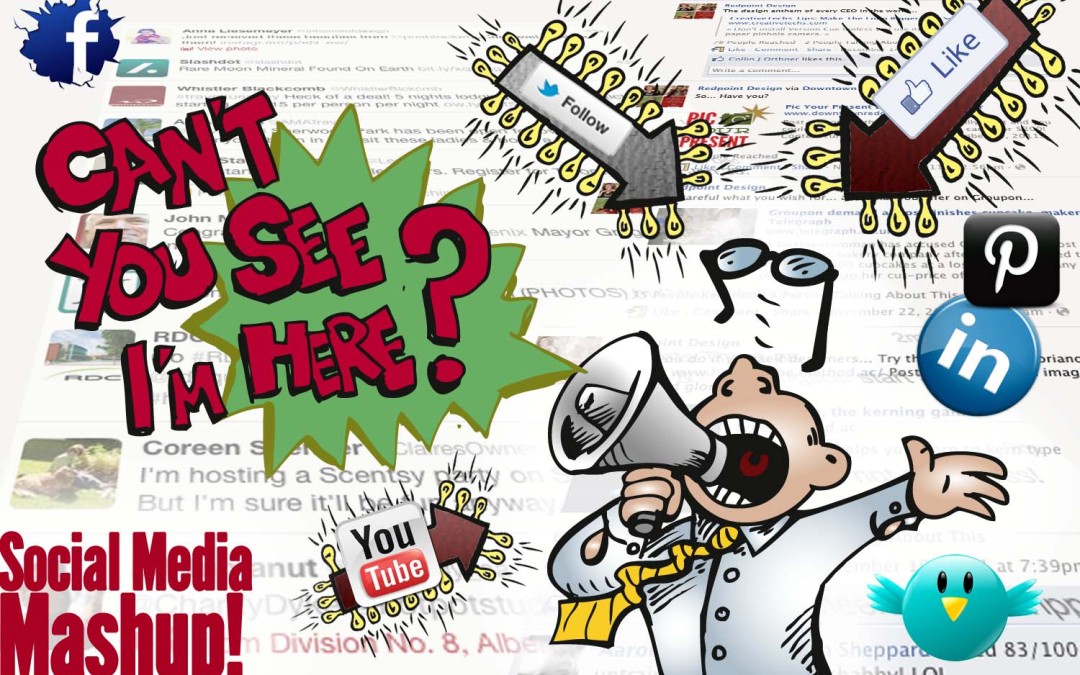 Well, here we are starting off 2012. Hopefully with a bang.  I’ve read a few reviews of 2011, and it was a good year for a lot of businesses. But what is coming up now? This article pretty well sums up the tech side, but what about us mere mortals in central Alberta?

A wise woman, who luckily is now a client, said recently: “it’s about engagement”. This should be a cornerstone to everything we do. You don’t market with social media. You engage with social media. It’s an act of contributing, adding value and living your life in the social sphere. Engaging with your customers is finding something they want to talk about, and talking about it without being a salesman.

Sadly, this might be too much for some people. Having twitter bleep on a iPhone six times a day can be daunting. Really. Even annoying. (we can help with that) 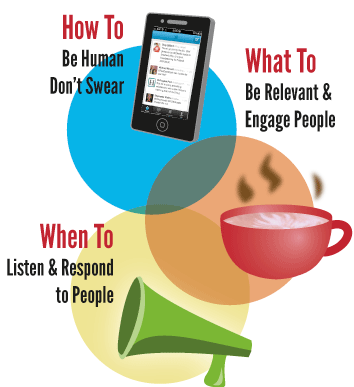 So here it is, in. Nutshell:

Get a smartphone or tablet. Write short quick posts for twitter and SMS, and more personal posts for Facebook, resist the temptation to syndicate your posts as a one size fits all. Different tools need different levels of detail. Do things on the fly, as they happen. Social media is where you share the human face of your organization, not the many benefits of your proprietary technology. Share links and interesting bits from your industry that you feel your network would benefits from.

When you have something to say that is relevant. A couple times a day, or more if you’re into it. One might argue there are times where there are more listeners, and if you can define a time your network has some downtime, post then. Early morning, noon or early evening for most things.

It could be something a staff member did to help a customer, big news, traffic update or other timely lifestyle note. Be a human, earn the right to plug your widgets. In the old days, sales people used to shoot it over coffee everyday to get leads, this is like that. “Hi Bob, how are the kids?”

At a recent Paul Brandt concert in Calgary, there was a display with the twitter hashtag and an encouragement to tweet during the concert. This also was prevalent at the Grey Cup in Vancouver, BC. Why? It pushes the immediate, excited responses of the people out into the public sphere! Non-participants can then partake in the events and feel included and engaged.

Your customers are there. That’s reason enough. Scott Stratten at unmarketing has endless reasons if you need more. Social media humanizes your brand. Westjet is a large company, but they almost always answer questions on twitter. They are meeting people where they are, with wit and personal responses, AND they offer blue tag discounts to twitter followers. That’s giving everything and a bag of chips to your customers.

For anyone is sales or marketing, you don’t really have an option, this is part of your job description whether you like it or not. I’d even go as far as saying anyone who refused or otherwise avoided this method of communication was putting their job in jeopardy. Look at it this way – you can pressure your boss for an iPad just to “do your job”!

A lot of companies covet the idea of going viral. It’s funny, but most things that “go viral” are either very relevant, very cool, or right-place-right-time captures. In many ways, going viral for a company means producing Super Bowl quality material, since most of the time, doing exploratory creative work isn’t high on the priority list. A great example is the Vancouver Stanley Cup riot kiss photo (esquire’s photo of the year for 2011). A chance grab shot has become one of the top editorial photos for an entire year.

I have to admit, I follow the kiss principle with marketing. It generally goes something like this: do something and don’t look like and idiot. Heavy on the simple, light on the stupid. But social media is not a regular marketing product. It’s not distributing brochures and watching the sales pile up. Social media about adding value to the world around you. The sales will come later.